The Royal Australian Mint is situated in the Australian federal capital city of Canberra, in the suburb of Deakin. 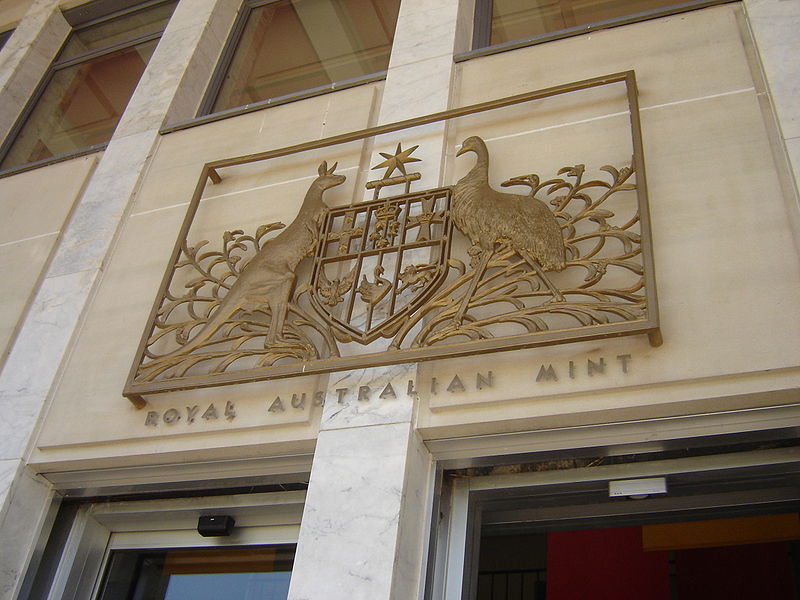 Planning for the mint started in 1959 when it was proposed to move the Royal Mint branch Melbourne to Canberra. It was officially opened by the Duke of Edinburgh on 22 February 1965 coinciding with decimal coinage, which was introduced into circulation on 14 February 1966. The new mint and the Melbourne mint operated concurrently as the new coinage was produced. When the initial demand for decimal coinage was satisfied, the Melbourne mint was closed. Some staff from the Melbourne mint relocated to Canberra to operate the new mint. The new mint cost $5 million to build, with an additional $4 million for equipment.

During 1984-1986 renovations were carried out to support the increasing demand for the production of collector coins, and also to improve the visitor facilities. Visitors can mint their own legal tender coin using visitor presses.

The mint serves primarily to manufacture Australia's legal tender precious metal coins. Notes are produced by Note Printing Australia in Melbourne. The mint also produces medals for military and civilian honours, most notably the Order of Australia. The mint produced medals for the 2000 Summer Olympics in conjunction with the Perth Mint. The Royal Australian Mint also produces tokens made for commercial organisations such as casinos, car washes etc.

Since its opening, the mint has produced over eleven billion circulating coins and has the capacity to produce over two million coins per day, or over seven hundred million coins per year. Coins have also been struck for several Asian and South Pacific nations, including New Zealand (in 1969), Papua New Guinea, Tonga, Western Samoa, the Cook Islands, Fiji, Malaysia, Thailand, Nepal, Bangladesh, Israel, Philippines

In November 2001, the mint issued the world's first coin with a double hologram, to commemorate the centenary of Australian federation. The mint also creates bi-metallic coins, and colour printed coins.

On 11 December 2005 the Joint Standing Committee on Public Works tabled a report recommending the refurbishment of the Royal Australian Mint with a projected cost of A$41.2 million. Work was planned to commence in October 2006 with completion dates of June 2008 for the process building, and April 2009 for the administration building. The refurbishment also planned to introduce industrial robots to the manufacturing process. The work was completed in 2009 and is now open to the public.

Disclaimer: While a tremendous amount of effort goes into ensuring the accuracy of the information contained in this site, Coin Community assumes no liability for errors. Copyright 2005 - 2020 Coin Community Family- all rights reserved worldwide. Use of any images or content on this website without prior written permission of Coin Community or the original lender is strictly prohibited.
Contact Us  |  Advertise Here  |  Privacy Policy / Terms of Use