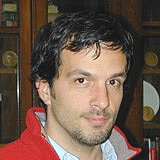 Prior to joining the United States Mint, Joseph worked at Johnson Atelier creating life sized figure sculptures and monuments for an international clientele. Throughout his time at Atelier, he garnered expertise in the full range of digital sculpture creation including modeling, digital scanning, computer numerical control (CNC) milling and rapid prototyping. His tenure at Atelier was preceded by 10 years of classical training and study including his Bachelor of Fine Arts in sculpture from the University of the Arts in Philadelphia, Master of Fine Arts in sculpture at the New York Academy of Art in New York City, and two years of post-graduate work at the Stieglitz St. Petersburg State Academy of Art and Industry in St. Petersburg, Russia. In addition to his career developing public sculptures, Joseph is also recognized as one of the leading professional sculptors in the world of collectible statues and maquettes.