Phebe Hemphill - Medallic Artist of the US Mint 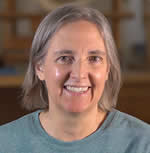 Phebe Hemphill (born April 25, 1960) is an American sculptor who works for the United States Mint. She has been called "one of the preeminent coin artists, sculptors, and engravers of our time."

Hemphill was born April 25, 1960 in West Chester, Pennsylvania to Dallett Hemphill and Ann Cornwell Hemphill. A number of Phebe Hemphill's family members, including her father and grandfather, were interested in coin and medal collecting. She was directly inspired by her grandfather, Gibbons Gray Cornwell Jr., who did bas-relief sculpture, who in turn was influenced by her great-great aunt, Martha Jackson Cornwell, who worked with Augustus Saint-Gaudens.

In 1987, Hemphill joined the Franklin Mint in the sculpture department. She remained there until 2002, working on porcelain and medallic art. From 2002 until 2005 she worked as a staff sculptor at McFarlane Toys, in Bloomingdale, New Jersey.

In 2006, she joined the United States Mint in Philadelphia. She has sculpted many coins and medals for the U.S. Mint, including the 2013 Presidential $1 Coin obverse for William McKinley; the 2011 September 11 National Medal World Trade center obverse; the Monuments men bronze medal; and coin series of Five-Star Generals, First Spouses and Code talkers. United States Mint state quarters including Gettysburg, the Grand Canyon, Mount Hood, and Yosemite are also Hemphill's work.

Hemphill lives in Philadelphia. She frequently visits sites which will be featured in her work, including Shenandoah National Park and the September 11 attack locations. She uses both digital and traditional methods in her work, working with 3-D imaging software as well as creating coin designs on clay blanks the size of dinner plates.

"The best reason to do traditional work now is the ability to see depth perception ... Since we're working in such shallow relief, it's a very important and viable way to do it."

Hemphill's work has been shown by the National Sculpture Society, the American Medallic Sculpture Association, the F.A.N. Gallery in Philadelphia, and West Chester University.