This year marks the 100th anniversary of the Panama-Pacific Exposition, which was held in San Francisco in 1915 to celebrate the opening of the Panama Canal a year earlier. To mark the occasion, and to help raise money for it, Congress authorized several commemorative coins. Struck by the San Francisco Mint, these commemoratives—often called “Pan-Pacs”—included a silver half dollar, a gold dollar, a gold quarter eagle, a round gold $50 and an octagonal gold $50.

Although the Panama-Pacific Exposition commemoratives were under-appreciated when they were first issued, they are highly desired by today’s collectors who appreciate these coins for their history, symbolism, artistry and more. These coins also boast many “firsts:” the first quarter eagle in the commemorative series, the first $50 coins issued, the first octagonal coins struck by the US Mint and the first commemorative coins to feature the “IN GOD WE TRUST” motto.

The popularity of these coins unfortunately makes them an occasional target of counterfeiters. For example, NGC graders identified this spurious 1915-S Panama-Pacific Half Dollar. 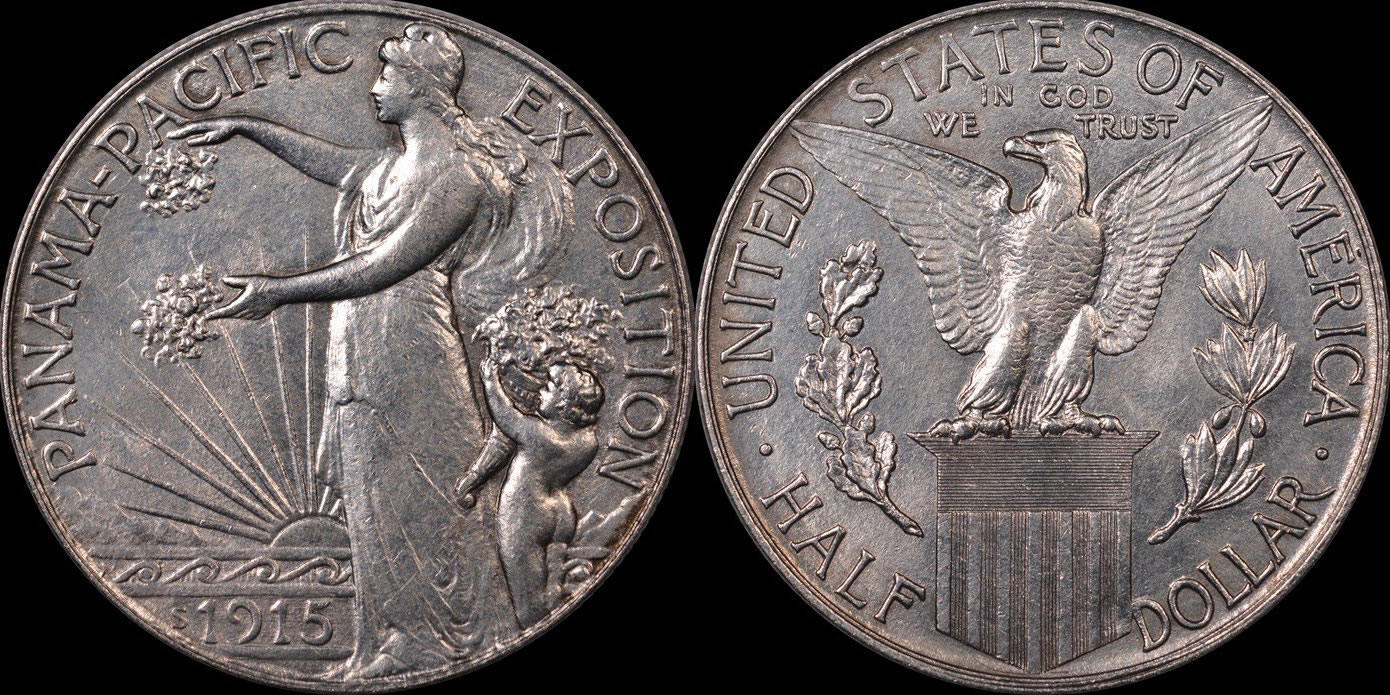 The 1915-S Pan-Pac Half Dollar had a mintage limit of 200,000 coins but only 60,030 pieces were struck and of these just 27,134 coins were sold with the remainder melted. While this distribution is fairly typical for half dollars in the Classic Commemorative (1892-1954) series, it is remarkably low when one considers the significantly greater demand that exists for Panama-Pacific commemoratives compared to others.

The vast majority of Pan-Pac half dollars are seen in Mint State grades and unaltered specimens feature captivating satin luster. As a result, this piece immediately stood out because of its dull surfaces. In addition, the eye is quickly drawn to the letters CIFIC in PACIFIC, where numerous lumps are seen. These are a key diagnostic of many forgeries. 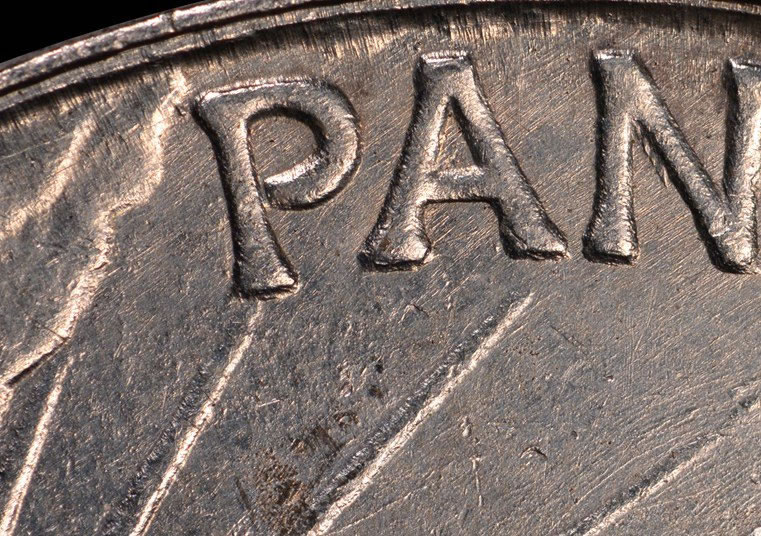 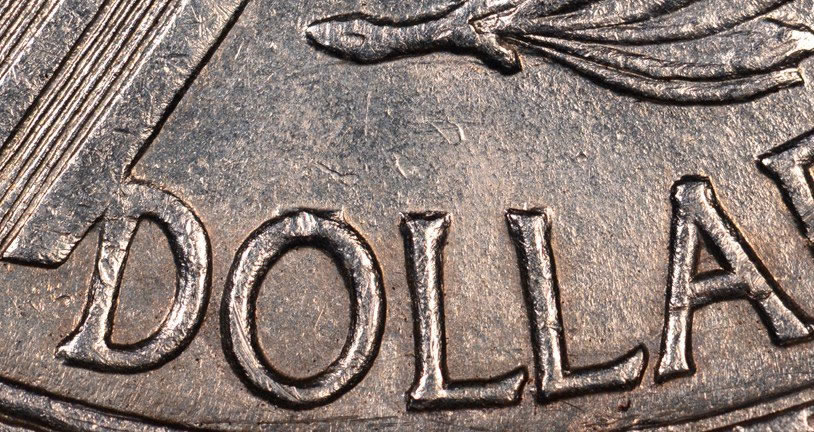 Tool marks are never a good sign; they are either an indication that a genuine coin has been altered or that the piece is a counterfeit. In this case, the combination of tool marks with raised lumps, soft design details and dull surfaces condemn this coin as a forgery.