Legislation authorizing the American Innovation $1 Coin Program was approved by the United States Senate on June 20, 2018, amending an earlier House bill, and the Senate-amended bill was approved by the U.S. House of Representatives on June 27, 2018. It was signed into law by President Donald Trump on July 18, 2018. The program was officially launched on December 14, 2018, with the release of a special introductory coin commemorating George Washington's signing the first American patent into law. However, these coins are not being released into circulation, and are only available at a premium in bags and rolls directly from the United States Mint. Uncirculated issues bear either the "P" or "D" mint mark signifying its mintage at the Philadelphia Mint or Denver Mint respectively. Proof and reverse proof coins struck for collectors bear the "S" mint mark signifying its mintage at the San Francisco Mint.

Four new coins will be released each year "celebrating innovations and innovators" from each of the fifty states, the District of Columbia, and the five U.S. territories (Puerto Rico, Guam, American Samoa, the U.S. Virgin Islands, and the Northern Mariana Islands). All coins issued through this program will have the same obverse design showing the Statue of Liberty, and will contain the words: "In God We Trust" and "$1".

Coins will be issued depicting designs which symbolize quintessentially American traits—the willingness to explore, to discover, and to create one’s own destiny. The program showcases an innovation, innovator or group of innovators from each State or territory in uncirculated and proof finishes. 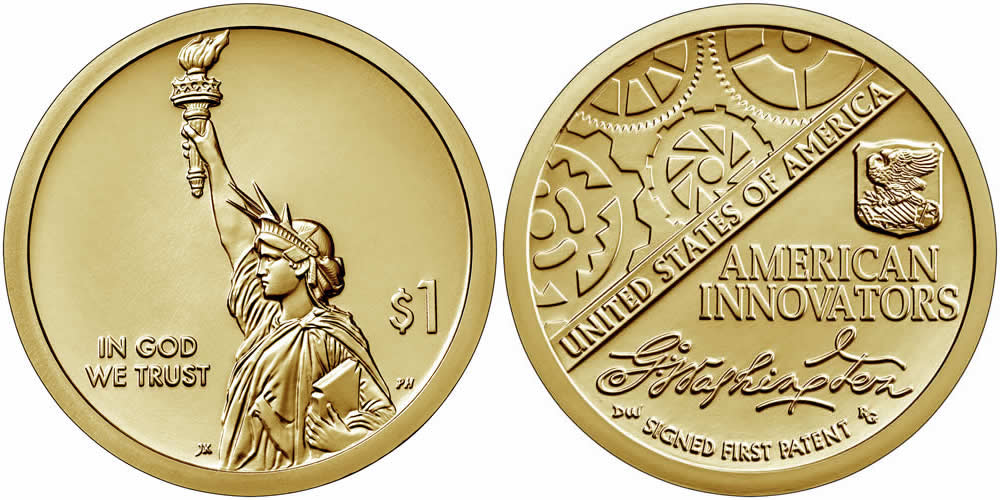 American Innovation Dollar on eBay
Image Courtesy of US Mint 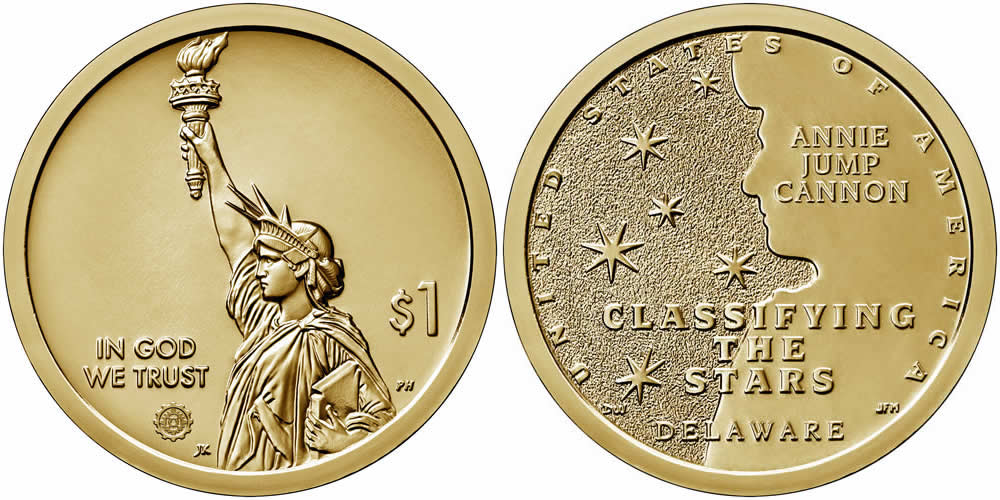 American Innovation Dollar on eBay
Image Courtesy of US Mint

Located on the edge along with the year and motto.