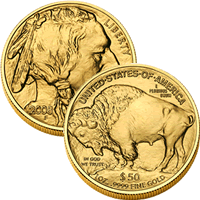 The American Buffalo Gold coin's obverse and reverse designs feature images originally prepared by noted American sculptor James Earle Fraser, once a student of Augustus Saint-Gaudens, for America's 5-cent coin (nickel). That popular coin, known as the Indian Head, or Buffalo, nickel was introduced in 1913 and showcases the native beauty of the American West. The Native American depiction on the coins obverse is believed to be based on three different American Indians. Two of the American Indians who modeled for Fraser as he sculpted the coin were named by the designer before his death. They were known as Chief Iron Tail of the Lakota Sioux and Chief Two Moons of the Cheyenne. Although many have claimed to have had a sitting with Fraser for this design, he could not recall the name of the third person and satisfactory documentation has not yet been found to identify that individual. It is widely believed that the bison on the coins reverse was modeled after Black Diamond, a popular attraction at the New York Zoological Gardens. In the first year of the coin's issuance, 1913, there were two distinct varieties, the first showing the bison on a mound and the second with the base redesigned to a thinner, straight line. American Buffalo Gold Coins bear the original Fraser Type I design.