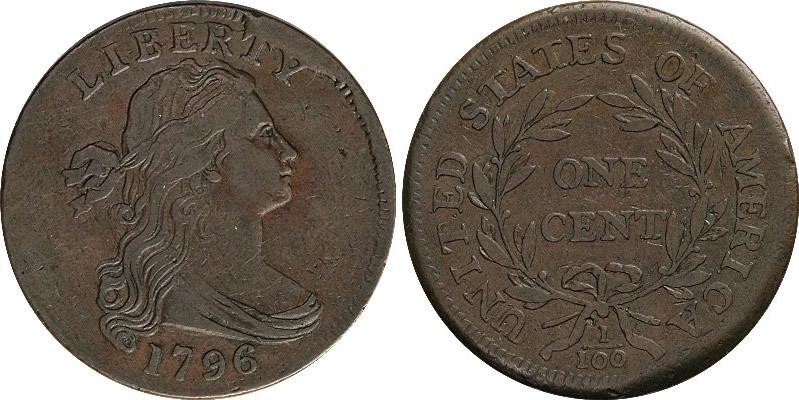 At no other time in American history was the one cent coin so important as it was in the closing years of the 18th century. Although cumbersome, the large copper coins were useful for very small transactions, unlike the wide variety of foreign coins then in circulation. Yet the Mint's ability to create dies and procure quality copper for these vital coins was hampered by inadequate machinery, inexperienced employees and lack of funds, not to mention frequent epidemics of yellow fever. It often cost more to produce a coin than its face value. Though these failings could be explained as the growing pains of a new enterprise, Congress on several occasions almost gave up on the business of making coins and considered turning the matter over to private companies.

The young Mint was frequently attacked as inefficient. Actually, if one were to characterize the early years of the Philadelphia facility, the words "blunder" and "disaster" might come to mind. Along with a multitude of production difficulties, adequate supplies of copper were also a problem. The metal was mostly purchased in the form of planchets or blanks, but the domestic supply was inferior and resulted in dark, rough flans described as "black copper" by the Mint. Full of impurities, coins minted from this metal were of poor quality and wore rapidly. As a result, most of the copper supply had to be imported, primarily from the Boulton & Watt Company of Liverpool, England.

The denomination began with the design by Robert Scot in 1793, a flowing haired Liberty with a chain of thirteen links on the reverse. Almost immediately, objections were raised to the chain design, as it symbolized slavery and domination rather than the image of unity that Scot intended. A wreath quickly took its place. Later in 1793, Joseph Wright's Liberty Cap design, borrowed from Dupré's Libertas Americana medal, replaced the wild haired Liberty of the earlier pieces. Both Robert Scot and John Smith Gardner contributed variations of this design until a new motif was adopted in July of 1796.

Scot's new Draped Bust design was modeled after a drawing by artist Gilbert Stuart. It depicts Liberty with flowing hair, a ribbon behind her head and drapery at her neckline. The inscription LIBERTY is above the bust and the date below. The reverse features the denomination ONE CENT, encircled by an open wreath of two olive branches tied with a bow. UNITED STATES OF AMERICA surrounds the wreath, and the fraction 1/100 is between the ends of the bow. There are three varieties of reverses; each varies the leaves and berries on the wreath. They are known as the "Type of 1794," "Type of 1795" or "Type of 1797." All three types were used on the reverse of 1796 cents, with the latter two types on the 1797. The last reverse remained constant on the dates through 1807.

Since the lettering was punched into the dies by hand, errors abound. Among these are blunders such as the "LIHERTY" error where the "B" was rotated 180 degrees before being punched and then crudely corrected, or the "T" over "Y" blunder in 1802. Other variations involve the spacing and positioning of the lettering and date. Reverse errors include the wrong fraction, 1/000; a corrected fraction; the 2nd "T" in STATES or the "U" in UNITED punched inverted, then corrected; a large fraction punched over a small fraction and a stemless wreath.

Over sixteen million Draped Bust large cents were made between 1796 and 1807. Although replete with many scarce varieties, the series has one particularly rare date, 1799. First popularized by early 19th century collector Joseph Mickley's search for his birthyear coin, the 1799 issue has achieved fame among large cent devotees. Although the mintage was relatively high, they are elusive in all grades. One story relating to their short supply opines that thousands of 1799 dated cents destined for tribal chiefs in exchange for slaves were lost at sea while being shipped to Africa by a Salem, Massachusetts company.

Because coin collecting wasn't popular until the 1850's, coins of this era were saved by accident. When copper was scarce or very high-priced, craftsmen or others who worked with the metal would buy kegs of copper cents to melt. The large cents also found use as home medical remedies, hotel key fobs and mechanical devices. Notched large cents were also used as a means of identification for runaway slaves on the way north.

Some unopened kegs survived and became the source of uncirculated specimens. One group of survivors came from a bag of one thousand pieces bought by Senator Benjamin Goodhue for his daughters around 1798. Preserved for several generations, they were sold in 1863 by David Nichols of Gallows Hill, near Salem, Massachusetts. Most of the mint red cents from 1796-97 come from this "Nichols Hoard."

As the popularity of coin collecting grew, a cottage industry developed both on and off the mint premises to reproduce scarce dates. Around 1858, the rare date 1804 Draped Bust cent was "restruck" in copper using dies sold as scrap metal by the mint. These restrikes can easily be distinguished from the originals as they exhibit evidence of tooling to correct flaws in the badly rusted dies. Other restrikes and uniface examples of this date are known in white metal.

Draped Bust large cents suffer from some of the peculiar characteristics and problems of early coins. It is not unusual to see clipped planchets and uneven striking. Often the denomination ONE CENT is very weak, even on uncirculated pieces. When grading this design, the points to first show wear on the obverse are the hair above the forehead, the hair above the ear and shoulder and the lines of the draped bustline. On the reverse, look for wear on the leaves of the olive branches and the knot of the ribbon.

The Draped Bust design was replaced in 1808 with the introduction of the "Classic Head" motif by the new Assistant Engraver, John Reich. The new design was concurrent with an improvement in die steel allowing, for the first time, an unprecedented 300,000 impressions per working die.