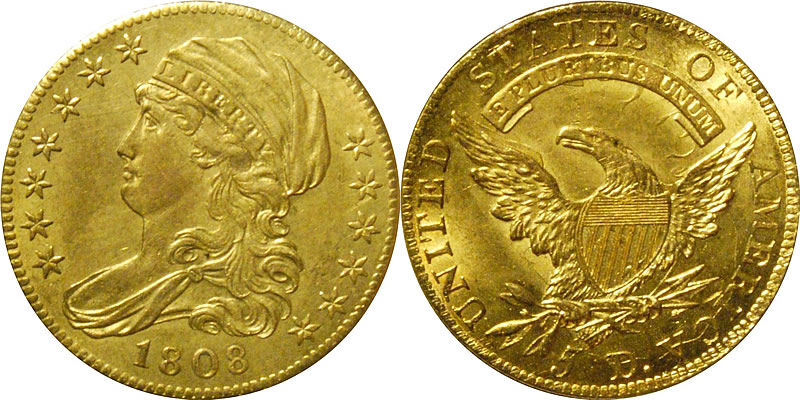 The early years of the United States Mint were fraught with problems: The equipment was crude, serviceable die steel was difficult to obtain, and until 1816, men and horses, not steam, supplied power to operate the machinery. But one of the most serious problems facing the new enterprise was a lack of experienced personnel, particularly in the area of design and engraving.

When the Mint began operations after the Coinage Act of 1792, employing suitable officers and workmen became one of the first priorities. As early as 1790, Secretary of State Thomas Jefferson (then the Cabinet officer in charge of the Mint) had been attempting to recruit qualified artisans from European cities where minting methods were state of the art. Jefferson had attended an exhibition at the Paris Mint in 1786, where he observed the operation of an improved coining press and was quite impressed with the machine and its inventor, French engraver Jean Pierre Droz. Droz's methods were at the cutting edge of late18th-century technology, and Jefferson was determined to retain his services for the proposed United States Mint. After some initial correspondence in 1786-87, the matter was tabled, as Droz apparently needed immediate employment and the Mint's opening was still several years away. In 1790, negotiations with Droz were resumed and initially he accepted Jefferson's offer, but later he declined, citing personal reasons.

As the new Mint facility in Philadelphia began to take shape, a talented engraver was still to be found. Coiners Henry Voight and Adam Eckfeldt assisted in the preparation of the first dies, but it was not until August 1793 that the artist Joseph Wright was appointed as engraver. Unfortunately, Wright died a few weeks later from yellow fever, in the annual epidemic that struck Philadelphia in the summer months. He was succeeded by Robert Scot, an English watchmaker and banknote engraver of some repute. Scot's talents as a die-engraver, however, were marginal at best. Many of his early coinage designs received widespread criticism, putting him on the defensive from the very beginning. Apparently fearing competition, he thwarted every effort by Mint Director Henry DeSaussere to engage an assistant engraver. When John Smith Gardner was finally appointed to that position at the end of 1794, he lasted only 16 months, probably due to Scot's jealousy and harassing tactics. For years, Scot's authority and position would go unchallenged, and his designs continued to reflect his limited skills. Probably his best work is his 1795 design for the first half eagle, with its Draped Bust portrait of Liberty and its small eagle on the reverse. The small eagle gave way to the heraldic eagle in 1798, but by the turn of the century, Scot's failing eyesight increasingly limited his usefulness as an engraver.

During this era, thousands of immigrants began to arrive on the shores of the United States, including many refugees of the Napoleonic Wars. One of these emigres was John Reich, a German engraver who sold himself into indentured servitude in return for passage to America. By 1801, his skills were renowned in Philadelphia, even to President Thomas Jefferson, who recommended to Mint Director Elias Boudinot that Reich be employed. Boudinot complied, but apparently in deference to the excessively territorial Scot, Reich was not allowed to design coins but was assigned other miscellaneous tasks.

Scot was sixty-two in 1807 when the new Mint Director, Robert Patterson, implored Jefferson for permission to formally hire Reich. By this time Reich was so disgusted with doing menial tasks at the Mint and enduring Scot's jealousy that he was ready to return to Europe. Patterson was not about to lose Reich's services, and offered him the permanent position of assistant engraver at a salary of only $600 per year half of the $1200 Scot received. Patterson immediately assigned Reich to revamp all the coinage designs. He began with the half dollar and half eagle, the two "workhorses" of commerce in that era, preferred by banks for international payments and reserves.

The Capped Bust Left motif Reich created for the 1807 half eagle features a buxom Miss Liberty facing left, flanked by seven stars to the left and six to the right. She is wearing a cloth cap inscribed LIBERTY, with curly hair falling out from the edge of her cap down to her shoulder. Reich's Liberty has a distinctly European look, completely different from any previous depiction. When the coins entered circulation, newspapers of the day sardonically reported that Reich's rendition was actually modeled after "the artist's fat mistress." Although the designer's initials were not on the coin, almost all of Reich's obverses have a characteristic notched point on the lowest star on the right as his "signature." On the half eagles, the notch faces the coin's border. His reverse design depicts an eagle with outstretched wings, perched on a palm branch and holding three arrows in its claws. The motto E PLURIBUS UNUM appears on a ribbon above the eagle, and the inscriptions UNITED STATES OF AMERICA and 5D. surround the central design. One of Reich's innovations was to place the denomination on gold and silver coins. Except for the copper coins and the 1796-97 half dollars, earlier designs had no indication of value, commonly passing by weight and fineness.

The Philadelphia Mint struck only 399,013 half eagles of this type between 1807 and 1812, and many were melted in later years, suffering the same fate as most U.S. gold minted before 1834. Possibly 1% of the mintage survived, mostly as curiosities, along with a few examples saved by early numismatic pioneers. Although there are some very scarce varieties such as 1808/7 and the 1810 small or large dates with small 5, these are usually only of interest to the dedicated specialist. Complete date sets are within the reach of many collectors, although the design is generally collected as a "type."

No dates in the series are very rare, and most specimens are found in grades from Extremely Fine to About Uncirculated. Mint state pieces are regularly available, and some gems occasionally appear, usually the 1807, 1809/8, 1810 or 1812 issues, the latter two dates surfacing in old hoards. In the past, this series was a target of counterfeiters and many dangerous pieces still exist: Any questionable specimens should be authenticated. Wear first shows on Liberty's hair and cap, and on the eagle's wing tips, neck and claws.

In 1813, Reich eliminated the bosom and drapery of Liberty and rearranged the stars, creating the Capped Head design. He quit in disgust in 1817, never receiving a raise or promotion in ten years. His design, however, would last much longer than his tenure at the Mint, appearing on the half eagle until 1834. In 1818, Scot remodeled Reich's Capped Head half eagle, fashioning an almost identical, but cruder rendition of the original. Scot would remain in the position of Chief Engraver until his death in 1823.